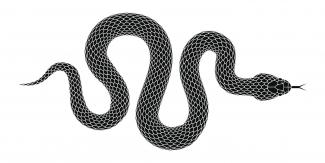 The latest TIOBE Index marks yet another milestone in the inexorable rise of Python.

Several times over the past few years we’ve reported on the ever-increasing popularity of Python, the scripting language used by Orchid Extender. You may remember these news articles:

November 2020 marks yet another milestone, with the authoritative TIOBE Index reporting that, for the first time since launching their service nearly 20 years ago, Java and C no longer make up the top 2 positions. Their November Headline - Python is unstoppable and surpasses Java.

To quote their reason for Python’s growing popularity:

…we need something simple that can be handled by non-software engineers, something easy to learn with fast edit cycles and smooth deployment. Python meets all these needs.

TIOBE’s CEO, Paul Jansen, also shares an anecdote about a meeting with a road patrol mechanic. He casually mentioned that his job involved software. The mechanic responded by talking enthusiastically about his passion for programming in Python:

From that moment on, I knew Python would become ubiquitous.

TIOBE's view was corroborated by other recent publications, e.g.:

Our 2019 “Year of the Snake” article included Steve's thoughts on why Sage 300 sites should be using Extender scripts written in Python for Sage 300 customizations, as opposed to in-house development in other coding languages. They remain just valid today: