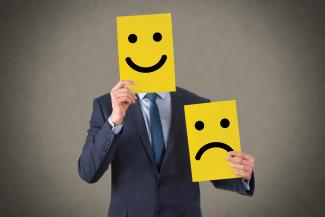 “Just trying to keep my customers satisfied” may have been an admirable enough goal for any business back in 1970, but to thrive today we need to aim much higher.

When Paul Simon penned his song Keep the Customer Satisfied back in 1970, his struggles seemed admirable enough. After all, isn’t that what all businesses should be striving to do?

If it surprises you to learn that the answer could be “no”, then read on.

It’s not that customer satisfaction is no longer important. Far from it. It’s the “just” bit that I have an issue with. In recent times we’ve seen increased competition from globalization, a more dynamic marketplace due to changing technology, and customers becoming more visible and vocal, if not downright militant, through the rapid emergence of social media. A satisfied customer is now likely to be classed as a passive and disengaged one, rather than a loyal and enthusiastic supporter. A dissatisfied customer with a smartphone, on the other hand, can keep CEOs awake at night.

Dynamic, modern businesses who want to thrive rather than survive now tend to think in terms of surprising and delighting customers, rather than merely satisfying them. Today they are more likely to be talking about creating Promotors, or Raving Fans. 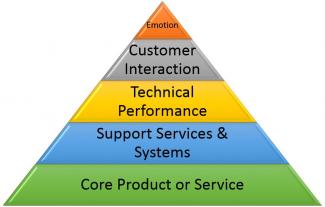 Rather than randomly pulling levers in an attempt to increase customer satisfaction, we should first understand what levers are available to us, and which to focus on. There are countless models we could examine, but this simple pyramid, developed by James G Barnes of Bristol Group, appealed to me.

Spoiler alert! Before I describe the pyramid itself, let’s jump straight to Barnes’ conclusion from a quarter century of research:

“In as many as 75% of cases, what drives customer satisfaction or dissatisfaction has nothing to do with the products or services you are selling, or the price you are charging for them.”

This conclusion, and the model itself, is relevant to all businesses, but should really focus the minds of those dealing in more commoditized products. Where competitors are selling equivalent products, at similar prices, and have access to comparable support services and systems, the options for gaining a competitive advantage are limited. You need to focus on drivers higher up the pyramid in order to create an emotional connection with your customers.

Let’s look at the model itself. You can read the original article here, but this is my condensed description. Starting at the base and working our way up, the 5 levels are:

If we are failing on this level, we’ve created a fertile breeding ground for Detractors. Conversely, this is where we can exceed expectations, and start to turn satisfied or Passive customers into Promoters or Raving Fans.

From Satisfied Customer to Raving Fan 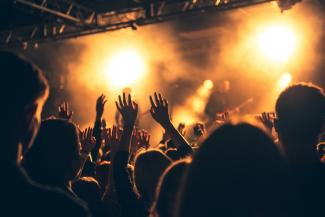 Ken Blanchard and Sheldon Bowles’ 1993 bestseller, “Raving Fans” has been credited with making many business leaders rethink their approach to customer service. Here is the basic premise:

A satisfied customer is way too low a bar to aspire to. Having been accustomed to so much poor service, customer expectations are often so low to start with that meeting them is nothing to crow about.

So what should we aim for instead?

If we can convert customers into Raving Fans they will willingly spread the word about our goods and services, effectively doing our marketing for us.

The essence of this is entirely consistent with Bowles’ conclusion above. It’s not enough to just have a serviceable product. We also need to consistently deliver on all our explicit or implicit promises – think Technical Performance in the pyramid. We then want to establish an emotional connection with our customers, and we do this by exceeding expectations at every opportunity, from the product design to the most incidental of interactions.

The book is short and eminently readable, so I’d encourage you to read it in full, but at its heart are these three rules:

Some thoughts to wrap up this section:

“How does it feel?” - Listening to the Customer, and NPS 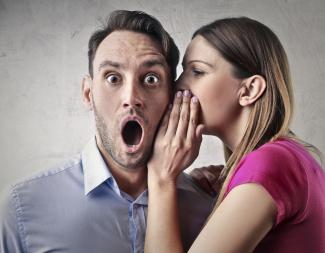 Going on the road may have made Simon & Garfunkel “oh, so tired”, but it gave them something most businesses would love to have – a real time customer feedback loop.

The other side of the coin is that it can take a lot of nerve to hear that feedback and keep playing. (Think Bob Dylan going electric at Newport in 1965).

OK, so let’s say we’re now committed to creating Raving Fans. We’ve done our brainstorming, and created an aspirational vision for what our new customer service regime will look like. We’ve found some low hanging fruit in our service delivery model that we are determined to work on.

We now (perhaps belatedly) want to turn our attention to “listening to the customer” and measuring our progress. But where to start, short of hiring a concert hall and inviting them all along?

Commission a Customer Satisfaction Survey, perhaps? Perhaps not. Have you ever agreed to “answer a few questions”, then wasted half an hour of your life enduring an excruciatingly detailed interrogation, before saying “never again”? I have!

If such surveys are rapidly becoming a thing of the past it may be because people like me are no longer prepared to participate, but we can also put it down to the mini-revolution known as NPS, or Net Promoter Score. Fred Reichheld and his team at Bain & Co took the Raving Fan concept to a new level. The philosophy and the end goal are entirely aligned, but they set out to turn the measurement and analysis of customer satisfaction from an artform into a science.

After years of research, they came up with a question that, more than any other, could not just find out how a customer feels today, but predict how they would behave in the future in terms of key metrics like loyalty, spend and profitiability. While it may need to be tweaked for different industries, “the ultimate question” they came up with was simply:

“How likely is it that you would recommend our company/product/service to a friend or colleague?”

It’s beyond the scope of this article to go into the detail (you can consult the experts for that), but based on their answer customers are categorised as Detractors, Passives, or Promoters (think Raving Fans). Passives are put to one side, the percentage of Detractors is subtracted from the percentage of Promoters, and the answer (N=P-D) is the Net Promoter Score, or NPS. Positive is good, negative is bad.

The goal? To have your army of Raving Fans drowning out your handful of bad-mouthers!

If I have one reservation about NPS it’s that it risks becoming a victim of its own success. If you haven’t been asked some version of the question above a hundred times by now you must be living in a different universe to me. But that doesn’t mean the theory isn’t sound. It just means you need to give some careful thought to how you implement it.

Calculating an NPS may make us feel good (or not if it's negative), but it doesn’t achieve anything in isolation. It only becomes a useful tool when we incorporate it into a feedback loop. If we feel we’ve made great strides in improving our customer service but it’s not being reflected in an improved NPS, then either we are focusing on the wrong things, or there are flaws in our measurement regime.

You could employ a busload of highly paid consultants to fully embed NPS into your organisation. Alternatively, you could research the subject, and dip your toe in the NPS water with an in-house implementation. Before going down that path, here are a few traps for young players that I’d advise you to consider:

A final word - Bad Profits and the Golden Rule

If you want to improve customer satisfaction, but all this is a bit overwhelming, here are couple of ways to get the ball rolling:

Reichheld describes Bad Profits as those earned at the expense of customer relationships. They are generated by extracting value from customers, rather than creating value for customers. 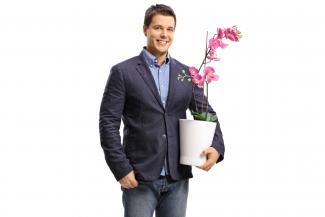 All the information above was written for a general audience, but if you’ve found your way here there is a fair chance you are a Sage 300 ERP user or business partner, and are interested in how this relates to Orchid’s add-on modules.

3rd party add-on modules can overcome the limitations inherent in 'out of the box' ERP solutions.  They make a difference within the middle layers of the Customer Satisfaction Driver pyramid above, i.e. Support Services and Systems, Technical Performance, and Customer Interaction.

They just might be the missing link that allows you to take the quality and consistency of your service delivery to a new level, and start turning your satisfied but unenthusiastic customers into Raving Fans.

We’d like to think all of Orchid's products can contribute to customer satisfaction, some more directly than others, but here are a few specific examples:

And by the way, we’d also like to think that we practice what we preach. We’re celebrating our 25th anniversary in 2018, and that quarter century has been spent not just developing the best products we can, but striving to deliver the kind of service that cultivates our own band of raving fans.

"Orchid are just a joy to work with. If everyone cared 10% as much as you do my world would be complete!"
FERNANDO GROSSI, ALLFOUR TECHNOLOGY ENTERPRISES, ST ALBERT, AB, CANADA

"Again, thank you for your great customer service as ALWAYS!  I commend Orchid on its customer-oriented culture!"
MICHAEL SEEMAN, CONTROLLER, SPRINGS CHURCH, CANADA

“I am always confident to put forward an Orchid product. Their attention to detail and support are second to none.  I can be sure their products will do what they say they will, and if I need help the team at Orchid are always helpful and quick to respond, often going above and beyond to make the solution work.”
STACEY ORROCK, ENVISAGE BUSINESS SOLUTIONS, ADELAIDE, AUSTRALIA

"Orchid stand behind what they build. They are always keen to listen to a need or challenge faced by a client or prospect, and adapt or enhance their products where it makes sense to do so."
KEVIN GARTLY, SOLIDBIZ SOLUTIONS, EDMONTON, ALBERTA, CANADA

David Lacey is Communications Manager at Orchid Systems. Before joining Orchid he spent over 20 years at Telstra Corporation, where he held senior Product Management roles. During that time Telstra embarked on one of Australian’s most ambitious implementations of NPS.