Rage Against the Machine

Are you running the machinery of your business, or letting it run you? 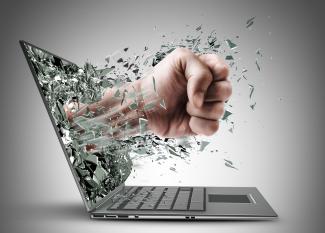 The machine is so big that I used to say to myself every morning, “Either I can run it, or it will run me.”

Those are the words of Julia Gillard, ex Australian Prime Minister, from Alison Beard’s article Life’s Work: An Interview with Julia Gillard, recently published by Harvard Business Review (HBR). We'll get back to that shortly.

Gillard was referring to the machinery of government, but many business leaders will identify with her sentiments.

The machinery of business can encompass anything from recurring meetings and mundane administrative tasks to responding to the occasional ‘drop everything’ crisis. In short, everything that fills up your day but distracts you from setting and driving your own agenda. And that’s before you consider the machinations of internal politics, which few large corporations are immune to.

How much of the way you operate your business is dictated by the architecture of your systems? How many compromises have you needed to make to accommodate the constraints of your ERP system?

What might you do differently if you were truly setting the agenda?

Why rage against the machine when you could make it bend to your will?

Orchid’s add-on modules allow you to tailor Sage 300 to your own needs. That might mean improving collaboration with tools like Notes and Document Mangement Link, or streamlining financial processes with EFT Processing and Inter-Entity Transactions. It could mean using Extender to tailor Sage 300 screens, build custom tables, add workflows or tweak out-of-the-box business logic in countless ways.

“On more than one occasion something I thought wasn't possible became possible after a discussion with a member of the Orchid team.”

It’s hard enough for locals to keep up with Australian politics, so I don’t expect many outsiders to. Since 2007 we’ve seven Prime Ministers, but four of the six changes have occurred through internal party coups rather than elections.

Gillard’s tenure as PM was book-ended by two of those coups. She took over the leadership from Kevin Rudd in 2010 before being deposed by him in 2013.

Gillard was also Australia’s first, and to date only, female PM. For better or worse, she is best remembered by many for a withering, semi-spontaneous monologue delivered to the Australian parliament in 2012. Directed at then opposition leader Tony Abbott, it raised eyebrows around the globe and became known as ‘the misogyny speech’. Just last week an unofficial local poll of The Guardian’s readers voted it the most unforgettable moment in Australian TV history.

Read the full HBR article for context, or if you have a particular interest Australian affairs, but below I’ve chosen a few edited extracts from the interview that seem particularly transferable to a business setting.

Q. As prime minister, how did you get things done?

The government machine is so big that I used to say to myself every morning, “Either I can run it, or it will run me.” Enough gets fed up to you that if all you did was respond, you’d be busy. But you wouldn’t be driving your agenda. So you need to be ruthlessly clear about that agenda and force the machinery to support and prioritize it...

Q. Apart from that ruthless prioritization, what kind of day-to-day manager are you?

I’m not a yeller. I don’t think anybody works smarter or harder because they’ve been yelled at.

Q. How did you balance campaigning with governing over the course of your career?

A. They’re not disconnected. If you campaign with clear messages about what you want to achieve, that gives you more space in government, and if you govern explaining to people what you’re trying to do, there’s a greater likelihood that they’ll give you their consent to keep doing it.

Q. How did you build personal support…?

People respond to ideas and vision, absolutely, but they also respond to being taken seriously and treated decently. Then, even when you have intense engagements and end up agreeing to disagree, a human bond is formed… The days of command-and-control leadership…are long gone. The big boss telling people what to do is not the model that will hold people in for big change projects any longer.

Q. How did you deal with the fallout (from ‘the misogyny speech’)?

There was a period when I felt almost resentful about it…I was in Parliament for 15 years, deputy prime minister for three, prime minister for three, and apparently it all telescopes down to this one speech. But I’m at peace with it now. At the end of the day, if it’s the only thing people overseas know about Australian politics—and it often is—it’s a pretty good one thing to know. 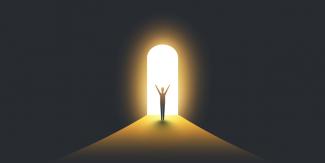 Your most effective sales staff could be hiding in plain sight. Are you making full use of them?
Read More