Let's take a deeper dive into some of the ways Orchid products can supercharge the benefits of Sage 300. In this case: 'getting paid faster'. 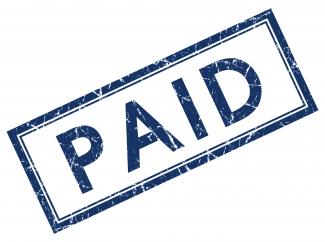 Late payments can "squeeze the lifeblood" from an SMB

Last year Sage commissioned and published a research paper called “The Domino Effect: the impact of late payments”. Many of the findings were sobering, but will come as no surprise to anyone who has run their own Small to Medium Business (SMB), or been responsible for collections at one.

The research found that the most common impediment to aggressively chasing payment was a fear of damaging client relationships, even though this fear was often unfounded.

It may well be that this reluctance to assertively demand on-time payment contributes to a laziness on the part of payers, and a perception that payment terms don’t need to be taken seriously.

The paper concluded that good first step to changing this culture would be to encourage the automated chasing of invoices. This may seem less hostile to payers, and less confronting to payees.

How Orchid can help you get paid faster

Sage have listed “Getting paid faster” as of one of the 5 core benefits of Sage 300. We discussed this briefly in last month’s “Supercharging Sage 300” article, and suggested some ways that Orchid add-ons can “supercharge” each of those benefits.

With the findings of the Domino Effect article fresh in our minds, let’s take a deeper dive into ways that Orchid add-ons could help you get paid faster.

When we talk of Electronic Funds Transfer there is a tendency to focus on the Accounts Payable side. That’s understandable - the benefits of switching from paper to electronic payments are hard to ignore – but Orchid’s EFT Processing module also supports Accounts Receivable.

Extender, Orchid’s powerful and flexible tailoring tool, lets you extend the functionality of Sage 300 in countless ways. This could include developing custom scripts to enhance your collections processes, e.g.:

Extender scripts can also be triggered in real time from a Sage 300 screen, and the results displayed in an Orchid Notes window. (We call this an "Extended Note".) E.g.: 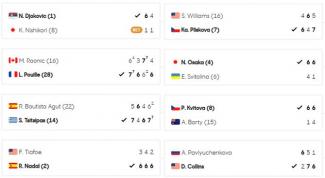 January Serves It Up

We look back on a tumultuous January, while using the Australian Open tennis tournament as a metaphor for an increasingly complex and globalized planet.
Read More