As the economy becomes more complex, so do corporate structures. Intercompany reconciliation is a growing challenge, and has been called “the last bastion of manual processes”, but help is at hand. 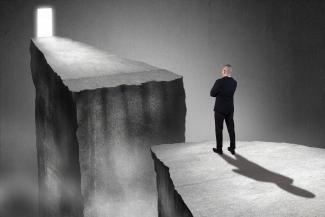 The financial landscape is almost unrecognizable from a few decades ago. The world seems smaller, and funds now move at the speed of light. Borders have become more porous, and despite some recent and well publicized isolationist pushes it’s hard to see the genie being put back in the bottle.

Some businesses are proactively embracing globalization, others just responding to its challenges, but few can afford to totally ignore it. We are seeing industry consolidations as players seek scale through acquisitions and chase efficiencies through tightly integrated supply chains.

Whatever the causes, corporate structures are becoming ever more complex, and the volume and complexity of intercompany transactions are growing commensurately.

Accounting staff are often struggling to keep up with these complexities. Deloitte addressed this issue in a 2017 publication called 'Putting intercompany accounting on the straight and narrow', in which they suggested that problems were being exacerbated by continued denial and neglect.

We’ve begun to see more and more companies run into serious difficulties due to a failure to address intercompany accounting issues. It's a problem that many organizations have downplayed, oversimplified, or even ignored.

Their focus was primarily on addressing growing risks at the big end of town, but many of their observations, including the one below, would also be relevant to many smaller organizations struggling to manage increasing complexity.

Companies… are often forced to use…‘after the fact’ methods to try to catch the errors. These quick-fix tactics only postpone the inevitable— and the problem keeps growing.

…the financial close can drag on, or worse, corporates end up using plugs to paper over unreconciled balances that effectively mask accounting errors and control deficiencies.

In an article for Financier Worldwide magazine, Andy Mellor stated that:

...intercompany reconciliation typically relies on time-consuming manual and semi-manual processes...not only is this labour-intensive and slow, it can also lead to errors, inaccuracies and inconsistencies...

He called this the last bastion of manual processes.

So, what to do about it?

While implementing best practice accounting policies and processes must be part of the conversation, the surest way to both speed up processing and reduce human error is to avoid the need for manual intervention in the first place.

Milne’s recommendations include moving from periodic to continuous reconciliation, assisted by automation. Mellor goes on to say that:

For many companies using Sage 300, Orchid’s Inter Entity modules are helping them meet these challenges head-on.

Automate the flow of transactions when related entities buy and sell products or services to and from each other. When you initiate a transaction in one entity, corresponding entries are automatically created in the other. 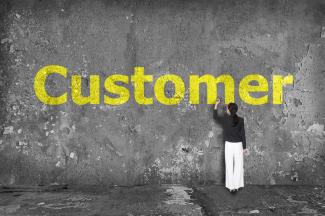 Statements like “the customer must be at the centre of everything we do" have become mantras in modern management speak, even if many businesses don't practice what they preach. We should treat all our customers well, but that doesn't mean treating them all equally.
Read More