On Guido van Rossum, the Father of Python

We reflect on Python’s birth and evolution through the eyes of its creator, the recently retired Guido van Rossum. 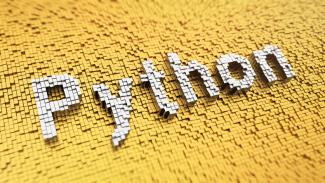 Anyone who has been paying passing attention to Orchid’s newsletters and blog posts in recent years can’t have helped noticing that we are big fans of Python, the scripting language used by our Extender module.

Since making that decision several years ago to use Python we’ve taken vicarious pleasure from seeing survey after survey proclaim its rise and rise, to the point where it is now widely regarded as the world’s most popular programming language.

This article looks at Python’s journey through the eyes of its creator, the recently retired Guido van Rossum

But first, some background...

Van Rossum, a Dutch programmer, started working on Python almost exactly 30 years ago. As an ‘open source’ language it has continued to evolve thanks to an ever-growing band of passionate advocates, but van Rossum always had the final say on all changes.

That remained the case for three decades until, in July 2018, he suddenly announced his decision to step back into the shadows. His provocative Transfer of Power post threw out this challenge to the broader Python community:

“So what are you all going to do? Create a democracy? Anarchy? A dictatorship? A federation? But here's the catch - I'm going to try and let you all figure it out for yourselves.”

They rose to the challenge, guided by the Python Code of Conduct, and by the end of 2018 had settled on a governance regime headed by a steering committee elected by the broader group of ‘core team members’.

You might be surprised to learn how many hugely successful apps have been developed wholly or predominantly in Python. Instagram, Uber, Spotify and Pinterest to name just a few. Another is Dropbox.

It’s become part of Dropbox folklore that the first prototype was written, in Python, on a 5-hour bus trip from Boston to New York.

In 2013, after 7 years at Google, van Rossum joined Dropbox as ‘Python Charmer in residence’. The deal was that he could spend half his time working on the ongoing development of Python, and the rest mentoring developers and getting the Dropbox code base in order. He announced his retirement just a few weeks ago.

Upon his departure from Dropbox, Van Rossum was interviewed by Anthony Wing Kosner for a blog called The Mind at Work: Guido van Rossum on how Python makes thinking in code easier. It gives some great insights into the evolution of Python, and the thinking behind it.

We thoroughly recommend you read the full article, but if you don’t have time here are a few facts and thoughts that caught our attention.

The conceptual shift to giving humans primacy over machines became one of Guido's guiding principles.

There are a multitude of ways this is reflected in the design of Python, including:

The Zen of Python

The drive to push back against ‘cowboy culture’ by not just encouraging readability, but in effect enforcing it, is encapsulated by the following rather counter-intuitive quote from Van Rossum:

You primarily write your code to communicate with other coders, and, to a lesser extent, to impose your will on the computer.

Van Rossum may not have explicitly articulated the guiding principles behind the language, but that didn’t stop others from trying. The best known of these attempts, by Tim Peters, is called The Zen of Python. He refers intriguingly to “20 aphorisms, only 19 of which have been written down”. Here are 5 examples to give you the idea:

Let's wrap up with the the final quote from Van Rossum’s Dropbox 'exit interview' article. While the context is his 30 year journey with Python it is relevant to anyone who might be struggling to let go of control, learn humility, and embrace teamwork and collaboration.

I have learned that you can't do it alone, which is not an easy lesson for me.

I've learned that you don't always get the outcome that you went for, but maybe the outcome you get is just as good, or better.

Inspired by Guido van Rossum? Follow up on that inspiration by thinking of how you could extend the capability of Sage 300 using Orchid Extender and custom Python scripts. 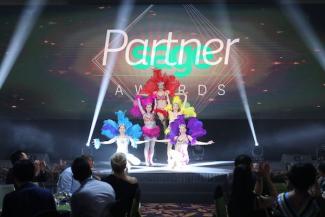 Orchid congratulates PT. Microtek Informa Solusindo for being named the Top Excellence Partner 2019 (Asia), as well as the winners or other country awards.
Read More